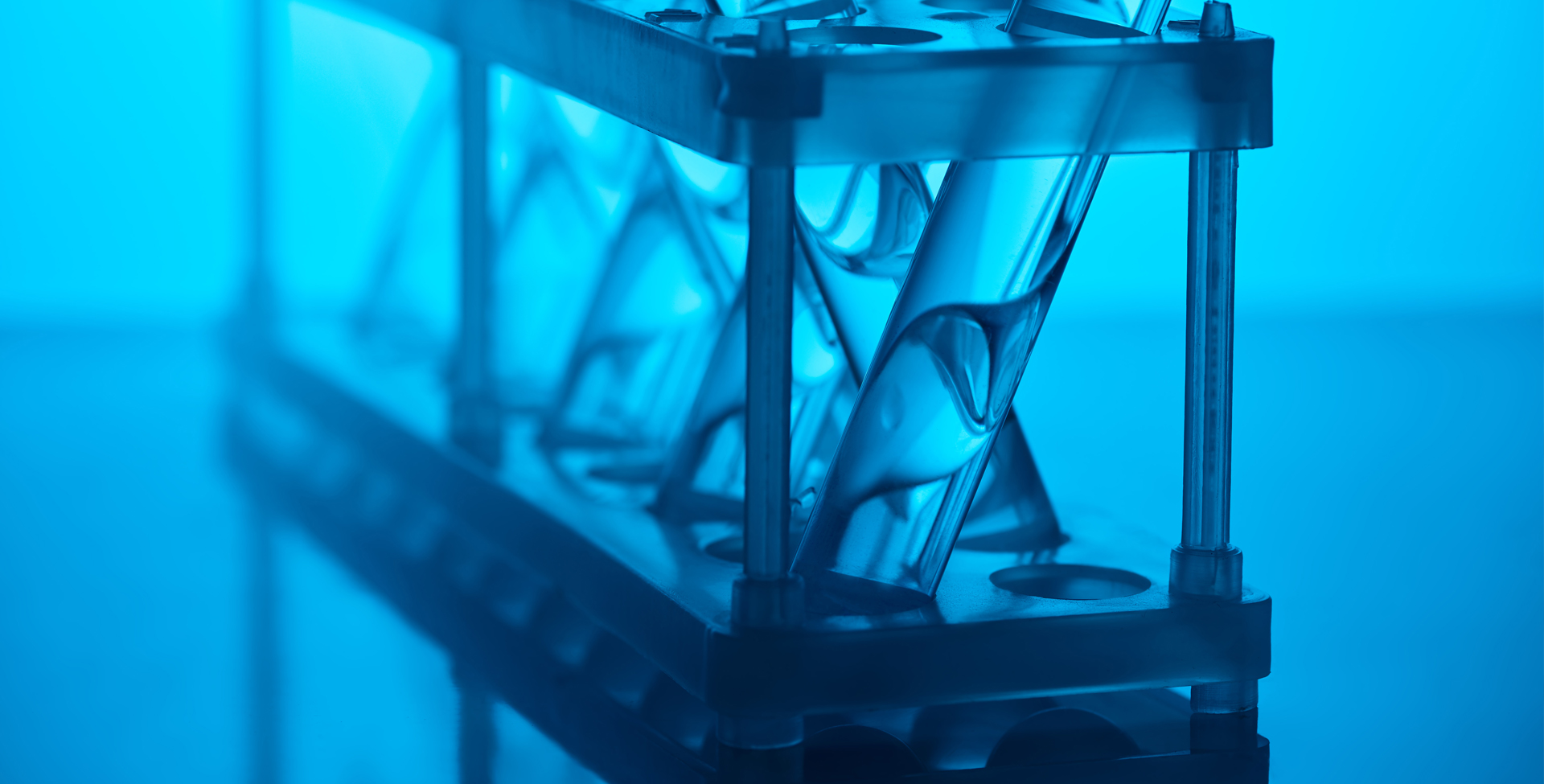 The War on Drugs

The War on Drugs

“Things would be different if these companies had a pipeline.” “They used to spend on research and development (R&D) and now they don’t, that is the problem.” “All the drugs are going to be re-imported from Canada at much cheaper prices, or generic drugs are going to take over.” Those quotes represent the widespread current thinking about the drug industry on Wall Street and in some cases even on Main Street. Essentially if you are a pharmaceutical company, no one loves you. It is as if they are selling crack on the streets. Investors would rather supply capital to Internet booksellers, Chinese Internet travel sites or auction web sites, versus companies that will help everyone live longer. Straightforwardly, that just does not make sense. History and the will of the people to live longer and healthier lives are on the side of large pharmaceutical companies.

Last month I began to research the pharmaceutical industry – if everyone hates something, Perpetual Value will generally have interest. As regular readers of this newsletters will know, I have previously written about the very real problems at Schering-Plough (SGP), and why I believe its current quote is not cheap enough to warrant taking a position. Though what has happened at SGP is unnerving, you do not need to throw out the entire industry.

Companies like Johnson & Johnson, down 10% YTD and 23% from its all time high and Merck, down a stunning 28% YTD and over 50% from its all-time high, both are obviously struggling but that often means there is an opportunity. I decided to begin working on both JNJ and MRK (though this column will only cover MRK), due to the strength of their balance sheets, strong dividends and strong free cash flow (FCF).

When looking at any potential position, I generally begin with the bear case first. That way I can gauge my downside if I am wrong about current valuation. Having a downside of 25% is much more palatable to me, than having a possible downside of 80%, even if that probability is low.

The bear case for pharmaceutical companies can be summarized simply as the companies make too much money. Their margins are too high, so the government often exerts pressure on them. These companies generate net income margins of 35%-40%, which is essentially unheard of in other industries. Their success is their greatest enemy. Their success every so often brings rumblings from congress about making drugs cheaper for everyone. While the ways to achieve this differ, re-importation from Canada or allowing generic drug companies to be more competitive, the outcome cannot really change. The goal of making drugs cheaper, is a noble one, but as citizens we love (need) new drugs and we know we need to pay for them – we want to live longer.

It would be nice if drugs would be less expensive, but that is fantasyland. Discovering and bringing drugs to market is a risky and expensive business, thus anyone allocating capital to such an endeavor requires a high return on capital. Capital will always seek and assemble were it can get the highest return.

Schering-Plough (SGP) has really rattled a lot of investors, and has added some credibility to the quotes in the beginning of this piece. Essentially the patent for SGP’s largest and most profitable drug, Claritin, expired and the company was forced to sell the drug over-the-counter and compete against generic rivals (thus the government made allergy drugs cheaper). By going OTC the company could not sell the drug at the high prices it used to get for prescriptions. SGP’s free cash flow and earnings plummeted and its stock price followed. Investors are now concerned the same thing can happen to other pharmaceutical companies.

The Problems at Merck Versus SGP

With the recent SGP disaster fresh in their minds, investors have found another company with a multi-billion drug coming off patent protection in 2006 – Merck. Merck’s cholesterol lowering $5+ billion in sales drug Zocor is coming off patent in 2006. Sure seems like another SGP, so the stock is hated. While I agree the loss of the remaining US patent on Zocor is going to be hard on MRK, it is not the same as SGP. The key difference is Merck’s current valuation, versus SGP’s valuation now and when it lost Claritin. I believe MRK is getting very close to being bargain priced – not there yet but close. In its day SGP was overvalued, even with Claritin.

A Tale of Two Cities

You may remember from my previous work, at its peek SGP had FCF of about $1.7 billion a year. Based on that level of cash flow, coming from a strong margin pharmaceutical company, I would value the business at roughly $34 billion. SGP has 1.47 billion shares outstanding, so its value comes to about $23 per share. Yet assuming they can get back to $1.7 billion in FCF is a huge stretch, I think $1.5B is more realistic. In January 2002, when everyone knew SGP was going to lose the patent on Claritin the stock was trading around $35 per share, or over 50% above its true intrinsic value.

Currently it looks like MRK can do $7 billion in FCF, a 30% margin, on revenue of $23 billion in 2004. Assuming no revenue growth and actual margin contraction (due to government squeezing), we can calculate MRK’s 2006 revenues at $18 billion – meaning they lose ALL Zocor revenues. Using a 25% FCF margin, which is a 20% margin reduction in two short years, MRK’s 2006 FCF becomes $4.5 billion. Using the exact same formula and assumptions as I did to value SGP would yield an intrinsic value for MRK of $90 billion.

At roughly $43 a share, MRK’s market capitalization is $96 billion, about a 6.6% premium to my nearly worst case fair value assumption. So at this time MRK’s stock is not as overpriced as SGP’s was; also even after losing its powerhouse drug MRK will still have strong net income and earnings. When SGP lost Claritin, net income essentially disappeared. I am giving SGP the benefit of the doubt that eventually someday it will be able to once again achieve FCF of $1.5 billion (but it might not). In addition based on $4.5 billion in FCF, MRK will still be able to pay its $3 billion dividend (something SGP had to cut). All MRK has to do to increase its value is invent a new drug – $90 billion is the floor not the top.

It is a little early to buy MRK in my opinion, but if it continues to trade lower it should get interesting. Giving up on solid companies like MRK is a mistake investors often make.

This analysis and research are for discussion purposes only and has been prepared solely as the opinion of the author and Perpetual Value International Ltd and Perpetual Value International Advisers Pte Ltd. This article shall not constitute an offer to sell, or the solicitation of any offer to buy, which may only be made at the time a qualified investor receives a confidential private offering memorandum (the “Memorandum”) and a Limited Partnership Agreement (the “Partnership Agreement” and together with the Memorandum, the “Fund Documents”) describing the Fund. In the event of any inconsistency between this writing and the Fund Documents, the Fund Documents will govern. This presentation is provided for informational purposes only and any mention of a particular security shall not constitute a recommendation to buy, sell or hold that particular security. The investments selected in this presentation are for illustration purposes only, and are included solely to demonstrate the Fund’s intended investment strategy. There can be no assurance that the success of these investments will be achieved by the Fund, nor are the sample investments fully representative of the type of investments the Fund intends to make. Furthermore, to the extent any of the information may be deemed “investment advice”, such advice is impersonal in nature and has not been tailored to the specific investment needs of any person. An investment in the Fund will involve significant risks, including the risk of loss of the amount invested. In addition, based on traditional measures of risk, the Fund’s concentrated portfolio may incur higher volatility. Due to this, the fund may not be suitable for short-term investors. Prior performance is no guarantee of future results.