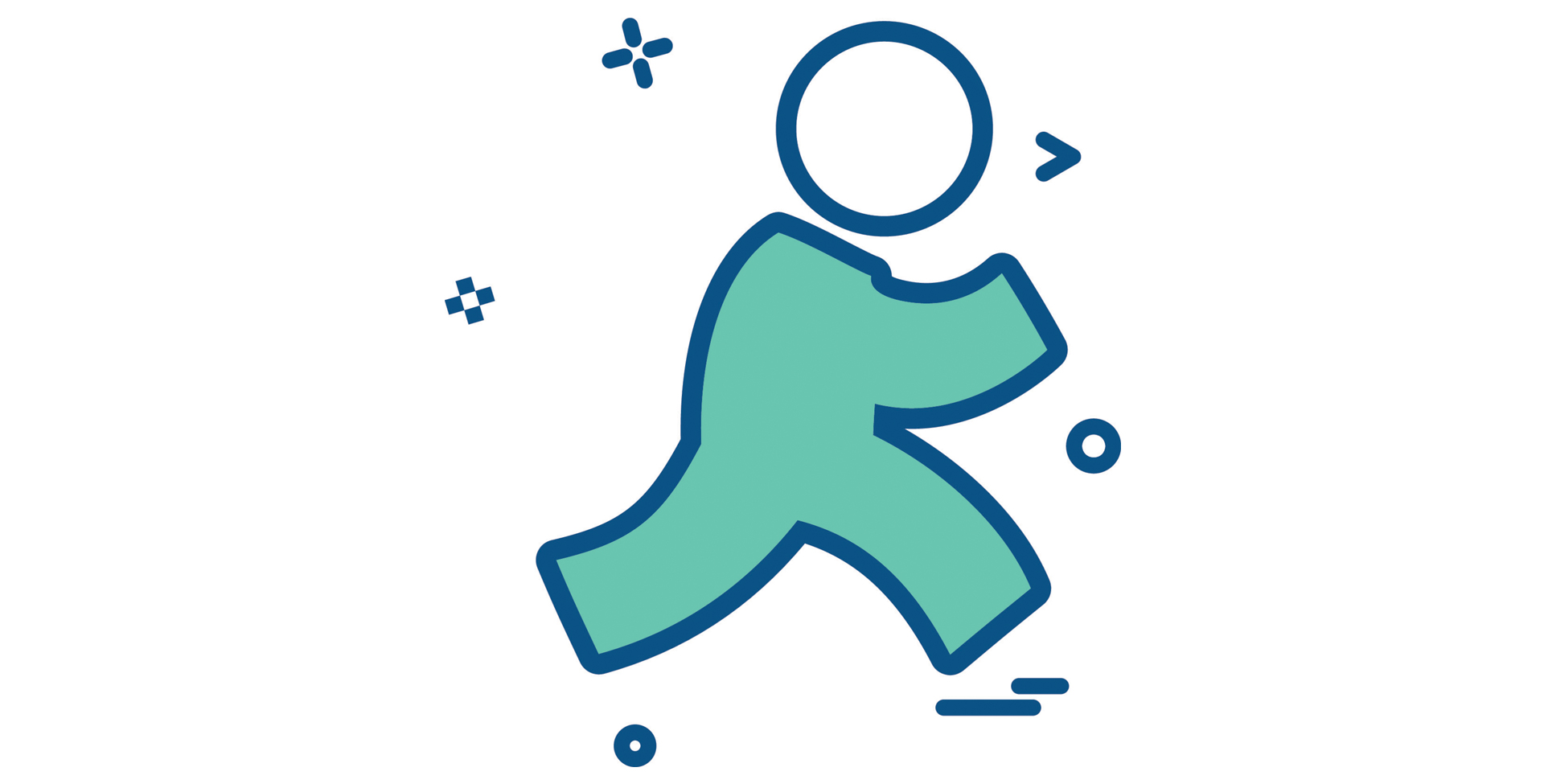 Earlier this month, in a piece about AOL Time Warner (AOL: NYSE), I said the company’s free cash flow could only support a mid-$13 stock price. As an intrinsic value investor, I focus almost solely on normalized free cash flow, and I try and look three years out. My thinking is that if I am conservative in my free-cash-flow calculations and buy significantly below intrinsic value, over time I cannot lose.

But actually finding investable ideas in this environment has become nearly impossible under my discipline, which is why I mainly write about shorts or value traps. Today I would like to add a layer to my usual value analysis by discussing return on invested capital (ROIC). ROIC in its most basic sense measures the amount of cash generated by each dollar of capital invested in the company

— what return your managers are getting for the dollars you give them. On ROIC, AOL again provides the example and supports my original thesis

that the stock is going lower because it is not creating value, and that it is not an unbelievable value at these levels.

ROIC is not a new concept. A number of books have been written on the subject, including G. Bennett Stewart’s The Quest for Value, which, as its basis for laying out the theory of economic value added, or EVA, uses ROIC and weighted average cost of capital. Stewart’s firm, Stern Stewart & Co., has built a business on advising companies how to track and increase ROIC. ROIC can be a useful tool for investors when valuing a company, because it gives you a hurdle rate to evaluate all companies against. I would rather own a company that earns 25% on its invested capital vs. one that only returns 10% on invested capital.

Many great value investors are quoted as saying they look closely at return on equity (ROE) in their valuation process. The main difference between ROE and ROIC is that ROIC takes into account the debt and goodwill that a company employs in its capital structure, while ROE is simply calculated as net income divided by shareholders’ equity. ROIC tries to make a cash-on-cash judgment about what a company’s rate of return really is. With minimal or no debt, and limited goodwill on the balance sheet, ROE and ROIC will be roughly the same. Why do people always mention ROE? I think because it is easier to calculate and easier to understand. But the wise value investor will always look at ROIC and at least attempt to calculate it.

A word of caution here: Do not get too tied up in calculating ROIC or making the numerous and arduous adjustments that Stewart gets into. Simply try to use ROIC as a guide when making investment decisions. Remember, Stewart is trying to sell his service and therefore had to make the process relatively complex. Though I am not a huge believer that EVA by itself is a great indicator of undervalued stocks, I do know that I want to own companies that create the highest return on every dollar I give them (just as you want your portfolio manager to earn the highest return on the dollars your give her). So whether or not you buy into the whole EVA argument, ROIC is still a valid and time-tested financial tool.

Remember, keep it simple and you might make progress; get too bogged down and ROIC will kill you. Remember, the higher the ROIC, the better, period.

How to Figure It

ROIC is usually defined as follows: net after-tax operating profits (operating income minus taxes at a 35% tax rate), divided by invested capital. I usually exclude amortization (but include depreciation, or add back capital expenses) from my net operating profit calculation, because I include goodwill in the denominator. While the numerator is generally easy to calculate (basically real free cash flow) and is not really that controversial, calculating the denominator is fraught with a ton of issues for investors. I define invested capital as follows: Beginning with total assets, I subtract all non-interest-

bearing current liabilities. Basically, I am trying to get to shareholder equity plus debt instruments plus some adjustment for any written-off goodwill. (Can’t let those companies get away with huge write-offs, even if, noncash, they still have cost of capital.)

The important part of calculating invested capital is fairly straightforward and nicely includes all types of interest- paying debt instruments. Excluding debt capital is the biggest shortcoming of ROE. Finally, since the denominator is calculated beginning with assets, any goodwill is included in the capital base. But investors must be careful to add back any one-time charges against goodwill a company has taken over the years (this can get tricky). Generally this stuff is just a rounding error, but in the case of AOL, $50 billion-plus is a real number and a real use of capital. (Note: Even if you exclude the $50 billion write-off, you still have a huge increase in capital base due to the merger.) This adjustment means that noncash acquisitions are not just meaningless and subject to writedowns at the whim on management.

What if on Jan. 11, 2001, AOL had used its stock to buy a portion of Philip Morris (MO:NYSE) or Wal-Mart (WMT:NYSE)? The MO position would be up more than 30%, and with Wal-Mart, AOL would have a gain of 9%! While not the greatest returns ever, they still beat a loss of more than $50 billion and going higher! Just because AOL’s stock price may have been inflated when it bought Time Warner, that does not mean it doesn’t have value as invested capital. This great destruction in value will hurt AOL’s ROIC for years to come –

– $50 billion does not just disappear with no consequences.

OK, enough of a primer on ROIC, let’s look at how it can help us make an investment decision on AOL. Anytime you are dealing with a large merger or acquisition, calculating ROIC is extremely difficult and can quickly become an exercise in declining rates of return. From looking at AOL’s 10-K from 2001, I was able to roughly calculate AOL’s ROIC for 2001 and 2000 (pro forma results included). For 2001 I estimated that AOL’s ROIC was 3%, and for 2000 it was about 5%. Declining year to year is something I do not like to see.

I also went back and looked at historic ROIC for AOL only and for Time Warner only. For AOL, ROIC for 1997, 1998 and 1999 was 23%, 9% and 17%, respectively. Pretty solid results (I gave them the benefit of the doubt with a ton of adjustments). For Time Warner, shockingly, I found from ROIC remained steady at 4% from 1996 through 1998! Time Warner’s results are horrible for ROIC, while AOL’s were solid. The key is to earn an ROIC above your cost of capital. Cost of capital for companies generally ranges from 7% to 15%, so I use 15% as the bogey I like to beat. If I see companies earning higher than 15% ROIC, I get interested. Earning below your cost of capital destroys value.

Unfortunately for the merged AOL, its capital base is so huge (with or without the $50 billion writeoff add-back), that it will be some time before it earns an ROIC above 15%. Think about it: With a capital base of $170 billion-plus, they need to earn $17 billion just to have a 10% return on capital. For 2001 I have adjusted operating profits after tax at about $5 billion; AOL needs to triple its operating profits to even get in the game. Even if its cost of capital is 10% (I would estimate it is higher), the company would only be breaking even (after doubling operating profits) — it would not be creating any value. In the meantime, it looks like AOL will be destroying value until it gets its operating profits up. Increasing operating profits while the core AOL business is weakening will be hard to do. Further, AOL will likely need to keep increasing its capital because of cable network upgrades that never seem to subside. Add to this the fact that I am not impressed with Time Warner’s historic ROIC, and you can see why I am not too excited about the story.

I still think the stock will continue to trade lower as investors dig deeper into the story. There has got to be value somewhere, and I will keep searching for it.

Paul Jaber has no positions in the stocks mentioned in this report.
The information and opinions contained in this report are believed to be reliable, but TheStreet.com does not guarantee its accuracy or completeness. The information reflects current market conditions and is subject to change without notice. This report is not intended, nor is it to be construed, as an analysis or recommendation of any security that would be sufficient to form the basis for an investment decision. Any person receiving this report and wishing to effect a transaction in any security discussed herein, must do so through a registered broker dealer. TheStreet.com does not accept any liability whatsoever for any direct or consequential loss arising from any use of material contained in this report. By accepting this document you agree to be bound by the foregoing limitations.
© 2002 TheStreet.com, Inc. All rights reserved.