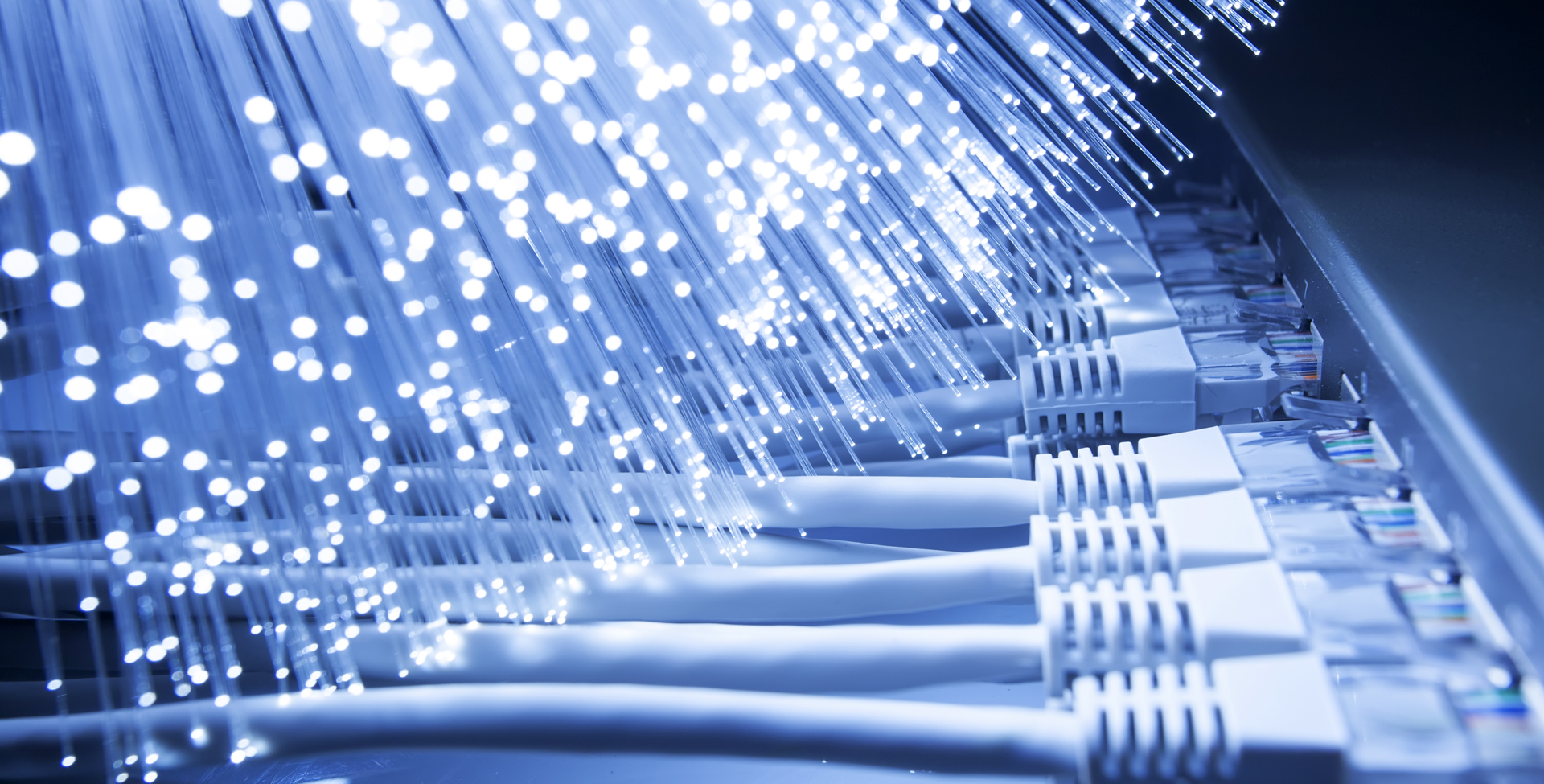 For the past year now, fans of Nextel (NXTL: Nasdaq) and other telecom-services upstarts have used the “takeover target” defense to support these stocks. Do not worry, they say, about lousy balance sheets, slowing subscriber growth, and economics that favor large monopoly companies. For big telecom players such as Verizon (VZ: NYSE), SBC (SBC: NYSE), and BellSouth (BLS: NYSE), the argument goes, it will be cheaper to buy Nextel than to poach its customers.

Hogwash, I say. Don’t listen to anyone who uses this argument as a reason to buy a telecom-services stock.

Not that Nextel has nothing going for it. It has more than 8.5 million subscribers and the industry’s highest average revenue per user (ARPU), $70-plus. It also has the only differentiating feature in the industry (push-to-talk). Construction workers, messengers, and other professions using a dispatch service clearly like the fact that they can contact anyone within a workgroup by pushing one button instead of dialing an entire phone number.

Since Nextel’s stock price declined more than 50% a year in both 2000 and 2001 and is currently down roughly 26% year to date, some analysts say that it has to be a great buy at its current price of about $8 a share.

The same analysts usually speculate that Nextel will get acquired at a sweet premium by a large regional Bell operating company.

But Nextel’s equity is worth far less than its current stock price suggests. If you take a step back and look at debt levels, you’ll see that Nextel is fighting four industry heavyweights with its hands tied by debt.

The wireless industry is extremely competitive, with six national players in the U.S. alone. A weak, highly leveraged player like Nextel is not going to get acquired if others can sit back and watch it go out of business, or more probably, restructure its debt and wipe out much of its current equity value. I estimate the company won’t generate enough operating income to cover its ballooning interest expense until 2005! So why should the RBOCs bail Nextel out of this mess?

Debt has historically been a killer to newer telecom companies; the landscape is littered with NorthPoint’s and Level 3s. Indeed, in January, both Global Crossing and McLeodUSA filed for bankruptcy.

You could have argued that McLeod’s local phone services in the Midwest and West are valuable to Qwest or perhaps a long-distance company. But there was no white knight to save McLeod, which had only $4.7 billion of debt. Now imagine someone rescuing a company like Nextel, with more than $17 billion in debt.

That’s serious debt. Verizon and Cingular are the two largest wireless companies in the U.S. Verizon have nearly 30 million subscribers, and Cingular has more than 20 million. AT&T Wireless (AWE: NYSE) and Sprint PCS (PCS: NYSE) are third-and fourth-largest, while Nextel comes in at No. 5 with just over 8.5 million subscribers. At the end of 2001’s third quarter, debt levels stood at $45 billion for Verizon, $18 billion for SBC, $12.5 billion for BellSouth, and $17.5 billion for Nextel (including high-interest paying preferred stock).

That’s right, Nextel has more debt than BellSouth and nearly as much as SBC. Those two companies are major monopolies with guaranteed rates of returns on their asset base. They are the polar opposites of an independent wireless company. They provide landlines to households and businesses around the country. If you want a phone line, you generally have no choice; you need to get it from the RBOC in your area. They make billions of dollars of net income — not funny-money EBITDA — that can be spent on capital expenditures and technology upgrades.

On the net income line, Nextel may need to wait until 2005 to show positive results, and on the operating income line, Nextel should be slightly positive in 2001 on revenue of more than $7 billion. Unfortunately, its interest expense for the year is estimated at $1.4 billion.

How can a small wireless company like Nextel have more debt than BellSouth and virtually the same as SBC and have any chance of successfully servicing it, while at the same time continuing its capital spending program to compete with Verizon, Cingular, AT&T Wireless, and Sprint PCS? The debt will catch up with Nextel, and it will happen this year as more investors take a closer look at what is happening.

Meanwhile, the No. 1 and No. 2 wireless players, the RBOCs, will use their operating advantages to grow subscribers and wait out the weaker players. The RBOCs are able to throw money at future technology upgrades — they have the advantage no matter what technology you think will be the global standard. They can bet $1 billion here, $1 billion there, and frankly, they can lose both bets and still have enough money to play again. Investors won’t be thrilled, but they will still have equity value. Nextel, on the other hand, may not even have the minimum required to get a seat at the table.

Let’s get back to the silly acquisition theory, which is based on the belief that the RBOCs don’t understand the economics of the telecom business. The RBOCs may be slow, but they know their business. Further, it would be next to impossible for an RBOC to take on Nextel’s $17.5 billion in debt. With the RBOCs aggressively cutting capital spending, they are saving every dollar to improve their networks. When service providers are facing massive network upgrade costs, why bail out Nextel? The RBOCs are not stupid; they did the same thing with the CLECs (competitive local exchange carriers) and DLECs (data local exchange carriers).

Remember NorthPoint Communications? It was a sexy DSL company providing high-speed Internet access to businesses and residential customers. It did get acquired, but only when the company was in bankruptcy protection. AT&T generously paid just over $130 million for NorthPoint, far from the $3 billion market value that the company once enjoyed. NorthPoint’s equity holders got creamed.

Another challenge for Nextel is less-profitable subscriber growth in its industry. As penetration gets over 40% in the U.S., additional high-profit subscriber growth is slowing. Most people thought the U.S. would track Europe, where once penetration got to 40%, it quickly exploded to the 60% levels. But most of the overseas growth has come from prepaid customers — customers that pay upfront for a specific amount of minutes. Such customers are historically less profitable than those who buy monthly contracts. The industry is finding that adding additional customers is lowering that average monthly fee. In late January, in fact, AT&T Wireless said during its strategy meeting that it has not yet found a way to make prepaid customers profitable.

As profitable subscribers become harder to find, subscription growth will slow, and the industry will begin to lower EBITDA expectations. Currently, revenue and EBITDA estimates for the industry are all over the field.

Revenue growth could be as low as 10% in 2002, or as high as 25%. The industry’s EBITDA growth seems to range from 15% to 35%. For Nextel, facing the industry’s worsening fundamentals and with no way to keep up with the RBOC capital budgets, a cash crunch is likely. Eventually, Nextel will dilute its equity holders by trying to restructure its debt, I believe. After restructuring, Nextel as a wireless business could be in decent shape, and then it might be considered a takeover.

All of which will mean nothing to current equity holders; their value would be significantly reduced from the debt dilution. If you own equity today and the company has to restructure its debt by giving debt holders equity in exchange for debt, current equity holders will get massively diluted.

The wireless industry will survive. It is a very useful service, but you can’t pay ridiculous valuations for the service companies, and you cannot ignore debt levels. The debt and the RBOCs will eventually catch up with Nextel. My advice is to get out before it happens. If you need to own wireless, look almost anywhere else for a better return than Nextel equity.

The information and opinions contained in this report are believed to be reliable, but TheStreet.com does not guarantee its accuracy or completeness. The information reflects current market conditions and is subject to change without notice. This report is not intended, nor is it to be construed, as an analysis or recommendation of any security that would be sufficient to form the basis for an investment decision. Any person receiving this report and wishing to effect a transaction in any security discussed herein, must do so through a registered broker-dealer. TheStreet.com does not accept any liability whatsoever for any direct or consequential loss arising from any use of material contained in this report. By accepting this document you agree to be bound by the foregoing limitations. © 2002 TheStreet.com, Inc. All rights reserved.